St Francis of Assisi Catholic Church  / Kathleen Blumenthal: Becoming a Cheerful Giver
What does being a good steward of your time, talent, treasure and faith mean to you? How do you share your God-given gifts with your parish community? Why is it important to you? Find out the answers to these questions directly from our parishioners in their Stories of Stewardship. It's time to Get Involved! 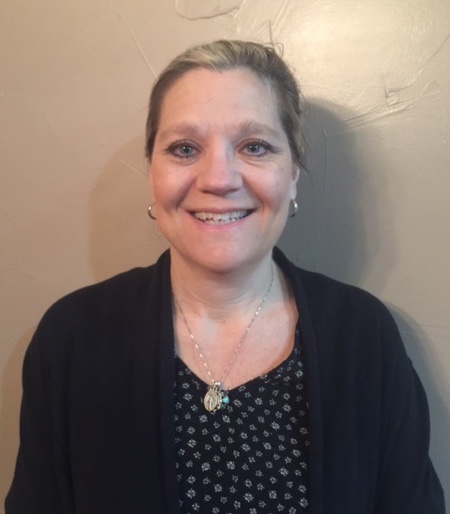 I am a cradle Catholic and remember going to church when I was younger, probably during my teenage years, and having the priest ask for money. I remember asking my parents “Well, how much do you guys give a week?”. My mom responded that they gave a set amount based on tuition for my siblings and I to go to school. My parents really didn’t talk about money or about how much one should give to the Church.

All I really knew about money is that it would buy me things; material things that I wanted. At the age of 15 I could not wait to work so that I could buy things. I was so wrapped up in materialism. How can I buy more clothes? Go out with my friends? At that young age giving to the church was the furthest from my mind.

Fast forward to after college and when I had my first real job and was making real money (not minimum-wage). I wasn’t giving of myself in time, talent, or treasure. I was going to church but not very regularly. I wanted the strong Catholic faith that I grew up with for my children.

In 2004 my life would change forever as St. Francis of Assisi Parish started. I remember going to the first few Masses and listening to Father Mark Boyer speak talk about time, talent, and treasure. Maybe I had heard these things before, but really I had not been listening to what the Holy Spirit was trying to tell me. During this time I also read an amazing book called the Total Money Makeover by Dave Ramsey.

For the first time in my life I actually created a budget. I wasn’t just letting my money go freely from my hands; I was telling my money where it was going. Between Father Mark and Dave Ramsey I learned to start to give first before I spent any other money for the month. I decided to really tithe and see what would happen in my life. I also began to teach PSR at St. Francis. These two things were totally out of my comfort zone and I was taking a leap of faith.

My relationship with money totally changed - yes I still liked to have stuff but I felt much more happy and joyful when I knew I was giving first of the gifts that I had been given by God. I started to teach my children the importance of giving. I would make sure that they had to put part of their allowance into the collection basket every week. What made it so easy for me to give was the fact that I set up direct deposit from my checking account directly into the church’s checking account. I don’t have to think about writing a check every week or bringing cash to church.

Over the past 15 years I have had financial ups and downs but I have not wavered in tithing. I have always strongly believed that God would provide with what I needed. I was tested in February. I found out that I would have a big tax bill that would be due in April and I had the temptation to not give to the Church in February or March but I prayed about it and decided to keep on giving. Amazingly, somebody that I lent money to paid me back!

I hope that when you read this you also will want to become a cheerful giver of your time, talent and treasure.